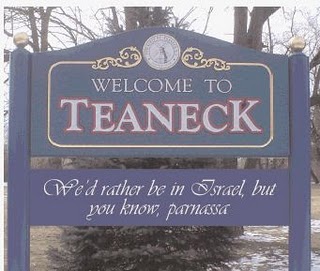 The result of a stove being left turned on for two days was thirteen people being hospitalized suffering from symptoms associated with carbon monoxide poisoning according to fire department officials in Teaneck, N.J.

Although no permanent injuries were reported, some of the victims complained of nausea and headaches at the scene, according to Fire Department Battalion Chief Paul Browning. Two young children were also treated. The Teaneck Volunteer Ambulance Corps responded and transported the group to Holy Name Medical Center and Englewood Hospital and Medical Center.

The emergency call came in after a carbon monoxide alarm went off in the house and firefighters found elevated levels of the gas in the kitchen, Browning said "The stove had been running since Tuesday and the house was sealed tight with the air-conditioning on".

“Part of the problem is, with it being so hot, people close up their houses and let the C.O. build up,” Browning continued.

The people in the house were celebrating the Jewish holiday of Shavuot, which Browning said could have been why the stove was left on. Jewish holidays can prevent observers from using equipment or doing anything to control their environment. Shavuot and the Sabbath on Friday both prevent such work.

The fire department also responded to two other carbon monoxide calls that may also be related to the religious observance.

The day after, firefighters were called to an apartment complex on Walraven Drive for a carbon monoxide alarm, Browning said. A stove had also been left on in that incident.

“Stoves are known for giving off a little bit of C.O. while they’re running,” he said.

Chief Browning reminded residents to make sure they have working carbon monoxide detectors and avoid leaving stoves on, if possible.